Quoine, a cryptocurrency startup headquartered in Japan, has signed a partnership with Blockwave to expand to Canada starting with the deployment of its bitcoin exchange and trading platform Quoinex set to hit the market by the end of the year.

Quoinex is one of the largest crypto-fiat exchanges in the world with over US$12 billion worth of transactions in the past two years. The platform offers trading services for bitcoin and fiat currency pairs in Japanese yen, US dollar, euro, HK dollar, Singapore dollar, and Chinese yuan, among other currencies, and is fully regulated in Japan. 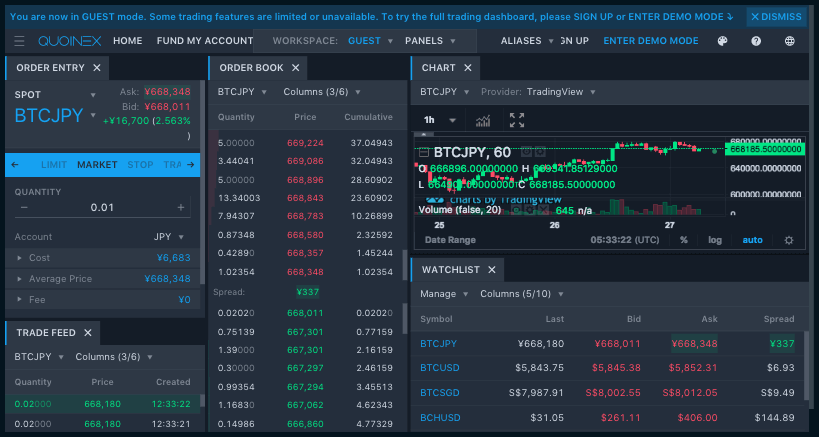 The company’s entry into the Canadian market comes at a time when the domestic cryptocurrency trading market there is expected to significantly grow. Nick Chong, the founder of Blockwave, a fintech startup specializing in blockchain technology, said it is expect to reach CA$1.5 billion this year, which a 10x increase compared to 2016.

He said that demand for cryptocurrency trading platforms in Canada has been on the rise, adding that the market has been much underserved.

“After the closure of several domestic exchanges over the past few years, and the retraction of a number of US-based exchanges from the Canadian market last year, Canadian cryptocurrency traders are left with only a handful of choices when it comes to dealing with reliable and reputable exchanges,” Chong said.

“Our goal is to become a major player in the industry, and thanks to our partnership with Quoine we will bring higher levels of crypto liquidity to Canada and advanced trading features, such as margin-trading, that were previously not available to Canadians.”

Echoing statements made by Chong, Quoine CEO and co-founder Mike Kayamori said the company sees “a lot of opportunity for Quoine to serve the Canadian market more effectively with a local, trusted partner.”

Going forward, Quoine and Blockwave said they plan to launch margin-trading features in 2018.

The move comes as Quoine is about to launch an ICO for its QASH token. QASH will power Liquid, a new trading platform the company is building. The company aims to raise US$150 million to fund the development of the Liquid platform, which is scheduled to officially launch in Q2 2018.