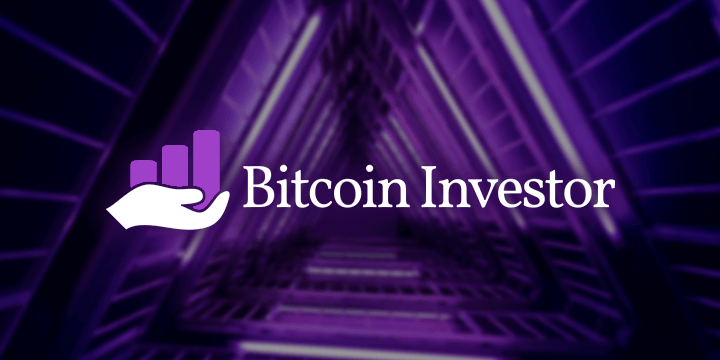 We are aware of numerous websites which use false celebrity endorsements to send customers to unregulated brokers or call centres. Our website will only send customers to partners who have provided us with the required regulatory assurances. This is a marketing offer and our regulated partners will indicate what services they have available upon registration.

Ever since Bitcoin experienced its first trading platform, cryptocurrencies have become famous for generating profits that can make traditional investments pale in comparison. Attractive as it is, crypto trading can be too complex for many and this can rob them of the opportunity to get wealthy. Bitcoin Investor is a crypto trading robot that says that it can help in this regard.

Claiming to use the power of AI and advanced analytics, Bitcoin Investor offers profits that are much higher than normal. But is it real, or a fraud? Let’s find out.

Bitcoin Investor is claimed to be the creation of a team of financial and technology experts who have combined their experiences to create the robot that offers one of the easiest ways to capture the fluctuating prices of cryptocurrencies and generate profits off of them. 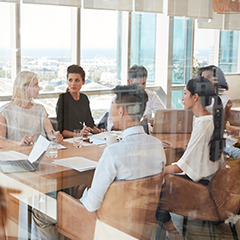 Bitcoin Investor says registering for its services is free and easy. The robot only asks for basic information of a user (full name, email and a mobile number) to register. Once your account is approved, you will be referred to a broker in the robot’s network. You might need to go through the broker’s KYC procedure as well.

Once your account is verified by Bitcoin Investor, it says that you can start trading with as little as a $250 deposit. The robot app states it accepts payment in a number of different methods, including selected cryptos, wire transfers, and credit or debit cards.

As per the information on their website, all users have to do after a deposit is to define a few parameters related to their trading preferences and simply let the robot take over the trades. Bitcoin Investor claims to be a completely automated system that handles all trading, while users can relax.

Pros and Cons of Bitcoin Investor?

There are a lot of trading robots that can be found online today, each claiming to offer high levels of profits since that is what they are designed for. Bitcoin Investor is no different, but tends to stand out from the rest due to certain features:

According to the robot’s website, there are no limitations imposed on the amount of profit that must be collated before it can be given as a payout. However, partner brokers might have their own set minimum payout limits that could apply.

User registration and verification by Bitcoin Investor are claimed to be fast, with only basic data required. There are chances of a more in-depth verification process, however, depending on the broker referred to and its regulatory requirements.

Bitcoin Investor informs that users are free to stop trading whenever they wish and withdraw their money, including the profits made. The developers state that this can be done from the dedicated funds page in the app and the funds can be withdrawn through a variety of methods.

Bitcoin Investor states that it is free of cost and there are no associated fees for its services. There is no annual fee or any charges for deposits or withdrawals either.

An online search shows that many users are satisfied with the services provided by Bitcoin Investor, saying that the robot is effective enough to make their money.

There is a dedicated contact page for new and existing users on the Bitcoin Investor website. People who have used Bitcoin Investor largely claim that the team behind the robot is effective and responds to their queries.

Bitcoin Investor says that it never directly trades based on the buying and selling opportunities it finds. Instead, the team says that it forwards all orders to its network of affiliated brokers. As per the website, only regulated and registered brokers are used.

While we never directly put the claims of Bitcoin Investor to the test, we looked for the next best way to do so and checked out user reviews to see how good the robot is. There is a Trustpilot page for Bitcoin Investor and we see that more than 63% of users are perfectly happy with its claimed services, while 37% have declared Bitcoin Investor as “great”.

As far as we can tell, the high praise by users shows that Bitcoin Investor is a legitimate service.

5 Reasons to Use Bitcoin Investor for Trading

Bitcoin Investor claims its services to be automated and requires no experience in cryptocurrencies at all.

The robot’s website says that there is no kind of charge or fee by Bitcoin Investor and it is free to use.

Bitcoin Investor claims that the whole trading is automated with the use of AI and that it can run indefinitely, requiring no rest or time off.

The advanced analytics by Bitcoin Investor is claimed to react quicker to the market changes than other trades can, capturing crucial investment opportunities.

Bitcoin Investor says it looks into different cryptocurrencies at the same time and buys or sells the token that offers maximum profits.

What’s The Best Way to Use Bitcoin Investor?

Bitcoin Investor claims extremely high profits and this can be compelling for people to put large sums of money into the robot to multiply their wealth. However, we suggest that you first get familiar with the robot before you commit money. Use the trading bot as a means to supplement your income so you have a fallback plan if you incur losses.

Bitcoin Investor is best for people who have little to no exposure to cryptocurrencies, especially when complex derivatives such as CFDs and their intricacies can be confusing. The time and effort one would spend to understand these contracts would perhaps be better off using Bitcoin Investor to start making profits more quickly.

Has Bitcoin Investor Ever Appeared on TV?

Cryptocurrencies have captured the imagination of many, with digital tokens being mentioned in financial news and different TV shows. We looked into the largest rumours concerning Bitcoin Investor to see if there is any truth to them.

Jim Cramer, the host of Mad Money is famous for advising people to change how they think about money and investments and is known for telling people to think of alternative ways to increase income. He has accurately predicted the rise and fall of different stocks and other investments. There has been no mention of Bitcoin Investor as a method of making money on the side, though.

With over $100 million generated for business startups and entrepreneurial setups, Shark Tank is known for its hosts to find the best firms to invest in and grow. A lot of tech and finance pitches have been made to the hosts. However, Bitcoin Investor has never been featured on the show.

Has Bitcoin Investor Ever Been Endorsed by a Celebrity?

The cryptoverse relies heavily on influential personalities as a means of establishing legitimacy and pulling the public towards it. There are many rumours that several celebrities have backed Bitcoin Investor, and we decided to check on these.

A household name thanks to his development of Windows OS, Bill Gates is famous for investing in different tech areas. He kept very quiet on talking about cryptocurrencies and as far as we have searched, he hasn’t endorsed Bitcoin Investor.

The pro tennis star is not just good on the court but is known to take interest in technology and tech-related firms. There are many rumours of her taking interest in cryptocurrencies and even Bitcoin Investor. We have been unable to find any reference of her ever endorsing the crypto trading robot.

Knighted for his entrepreneurial efforts, Sir Richard Branson owns over 400 companies, the most famous one being Virgin Group, a collection of companies that are heavily invested in entertainment, transportation and even space. There has been no mention of Richard Branson backing Bitcoin Investor.

5 Ways you can Maximise Success with Bitcoin Investor

With Bitcoin Investor claiming that the high-profit probabilities also come with higher risks of losses, some people may feel averse to investing. Though losses are a part and package of any investment, there are ways through which you can mitigate losses.

Bitcoin Investor says that you can start with a minimal amount of $250 and we advise you to only invest that at the start. By starting small you will get the chance to familiarise yourself with the robot and see if it meets your expected profitability. Once comfortable, you can always increase your invested amount.

Don’t go for pulling out all of your profits. Instead, keep a portion of it saved in the app and take out the rest. The one kept behind will come in mighty handy whenever you want to reinvest if you see a chance of a good investment happening. Alternatively, it just might be your financial backup in case you need money.

Trading robots such as Bitcoin Investor claims may be true, but you should know that the decisions are based on a machine analysing different metrics. They cannot truly account for the human touch. Follow crypto investment experts on social media and get a feel of what they are saying too. This can come in pretty handy, especially with their insight into different coins and the general market.

Don’t forget your obligation to your country. Bitcoin Investor claims to make rapid and frequent trades for profits and if you don’t keep track, you will not be able to justify how investments were made and your tax liabilities. Keep a detailed record of all profits and losses so you don’t end up behind bars.

Only Invest What You Can Afford to Lose

Cryptocurrencies are highly volatile assets and Bitcoin Investor may be using leverage trading to capitalise on profits. This also means that you have chances of deep losses. Invest an amount that you can lose and not run into a financial crisis.

Keeping in mind that, generally, users appear to be happy with the performance of Bitcoin Investor and its claims of high-level profits, we can assume that the robot is performing as per its claims.

If you are interested in trading with robots, you can further read up on the other robots we have covered, including Bitcoin Madrid, Immediate Bitcoin and Crypto Profit.

How much profit can I make from Bitcoin Investor?
Bitcoin Investor users are claiming as high as $1,500 profits in a day. Your profits will largely depend on your risk-taking ability, the amount invested, cryptocurrency selected and the market condition overall.
Do I have to put money in the demo practice session?
No, Bitcoin Investor runs the demo as a mock session and gives you demo currency to test its services.
Is there an app that can help me access my trading account from a mobile device?
Yes, Bitcoin Investor says it supports web-based interfaces as well as mobile devices.
What cryptocurrencies does the robot invest in?
Although there is no mention of any specific cryptos, user reviews online show that BTC, ETH, LTC, and XRP are supported.
Disclaimer: All testimonial photos are stock imagery and do not represent the people behind the feedback.