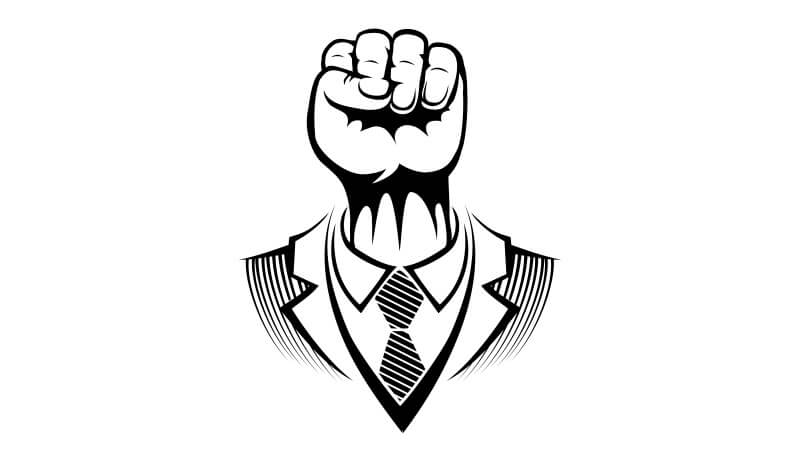 Affirmative Action Comes To Bitcoin, How Hard Should We Court Women and Minorities? (Op-Ed)

CoinDesk’s Consensus conference, in association with the MIT Media Lab’s Digital Currency Initiative, has announced that they are offering 50 “diversity” scholarships, available exclusively to “people of color” and women. Women and Minorities wishing to attend the conference for free have until tomorrow to fill out the forum, others need not apply.

There is no doubt that bitcoin is dominated by white males ages 18 – 34. Nearly every survey has shown this, even if their information gathering methodology leaves a little to be desired.

Anecdotal evidence also suggests that Bitcoin is primarily a white male dominated technology. Attending a Bitcoin conference does reflect what you could have expected to see at any early to mid 90s computer conference: typically white males.

And so, this scholarship program, which is a free ticket to the event and a mentorship taking place during lunch, is an attempt to bring more diversity into Bitcoin. Outside of the difference between this being done by a private organization versus a public one, it wouldn’t be far off to say this is the first instance of affirmative action in the Bitcoin community.

But the internet, which has now grown to encompass pretty much everyone of both genders and all races, started out much the same. In 2000, 38.4% of American households that classified themselves as either White or Non-Hispanic White had a computer with internet access in the home compared to only 14.7% for Blacks and 12.8% for Hispanics (Asians came in at 35.2%). While internet usage was more even across the sexes than it is in Bitcoin today, the fact remains that internet users lacked diversity overall.

Things got better over time. While there is still arguably a “digital divide” between whites and minorities, the divide comes down to a matter of convenience. Minorities are more likely to access the internet on their phones than a computer, which can make certain activities difficult, but the point is nearly everyone who wants access to the internet can get it. Even considering that caveat, less than 10 % of Blacks and Hispanics in the United States have access “only” through handheld devices like cell phones, which means that more than 90 % have access to the internet through either a computer or both a computer and cell phone.

The technology gap, with Whites and Asians on one side and Blacks and Hispanics on the other still exists, and Bitcoin roughly mirrors the Internet’s early days in that respect. But what the internet has shown us is that the negative effects are more readily mitigated by bringing everyone’s numbers up, not by focusing on the lower rungs. Had efforts been made and were successful in narrowing that gap in 2000, would Blacks and Hispanics been better off reaching technological parity with Whites at 38.4% if it came at the expense of the overall growth that brought them far past that?

Luckily, it isn’t an either/or equation. As a community, we don’t have to focus solely on increasing overall adoption or focusing on increasing adoption among minorities. The Consensus Conference is perfectly welcome to offer 50 scholarships to their event exclusively to women and minorities. I simply think it is a well-meaning but misdirected attempt to narrow that gap rather increase adoption among everyone, which would include women and minorities. This attempt does seem slightly patronizing and desperate to me, but it isn’t malicious or exceedingly wasteful. It is also one of the few tools they have available to them to do something like this. Ultimately, they should be applauded for their efforts.

In addition, I have talked about the high price of tickets to these events in the past, and anything that can be done to open them up to people who can’t afford the sometimes exorbitant price should be commended, even if the option isn’t open to everyone.

Truthfully, considering all the mainstream media outlets attending the event, it shouldn’t be surprising that they have decided to create some diversity.

But seeing such blatant affirmative action in Bitcoin is unusual, and it raises an interesting question: what can be done to increase diversity in bitcoin and is it something that we should be working actively towards?

The answers to those questions are yes and sort of.

There is a way to increase adoption among Blacks and Hispanics, giving away free tickets to a conference just isn’t it. Bitcoin is a global currency. For it to become more diverse, it simply needs to live up to that billing. The United States, Europe and China cannot be the only places where bitcoin is popular. The unbanked people of South America and Africa undoubtedly have much to gain from entering the bitcoin ecosystem. The global remittance market is also huge in those areas.

Bitcoin adoption has lagged behind in those places for the same reason the internet lagged and continues to lag behind in those regions: it isn’t accessible to the poor.

It has often been said that Bitcoin is only useful to the rich, people who can handle the wild swings in price, but I can say from personal experience that isn’t true. I am not rich, yet I use bitcoin everyday. I live paycheck to paycheck, like many Americans, my pay just happens to come over via the block chain. However, I am first world poor, which is another thing entirely. I have access to a computer and smartphone and a bank account and in a pinch, I can go to Target with a gift card purchased in Bitcoin. Despite the fact that my meager savings would cause even Tiny Tim to look at me with pity, I have everything I need to enjoy and utilize bitcoin to its fullest. I do not think that is the case for many of the third world poor who still have spotty access to the internet and can’t afford their local bank’s high fees.

Not only that but many of the best Bitcoin third party services are understandably focused on the areas where there are already big markets and infrastructure.

Bitcoin is a bit ahead of its time. Since it is (virtually) infinitely divisible, it isn’t expensive to get into like some critics contend. If a Bitcoin costs $250 and you buy a tenth of one for $25, you didn’t lose that $25, you still have it, just in another form. The only real “cost” to getting into bitcoin is risk in the form of price volatility and whatever fees might be charged by the person or company selling it to you. The first can be mitigated by using one of various third party services while the second tends to be insignificantly small, at least in the first world.

That is not the case in the third world. Banking access is expensive and so exchanging bitcoins for their local currency is difficult, and that represents the largest barrier to access to the Bitcoin ecosystem for potential users there. Fixing that problem is the key to not only large scale bitcoin adoption, but also the lack of diversity in bitcoin. Many third party services ignore those areas and partially due to that, Bitcoin is least effective in the places where it is most needed. Forget targeting minority groups in America and put your focus on the majority groups in other regions of the world and you’ll begin to see the “White nerdy guy” stereotype lessen both in the United States and around the world.

White nerdy guys enjoy technology that is powerful and don’t really care too much about how difficult it is to use. That is why so many of us were accessing usenet groups through 14.4k dial-up modems. But the mainstream population and especially the poor in third world countries need access to be inexpensive to the point of bordering on free as well as easy. It wasn’t uncommon to say you didn’t “need” the internet in the 1990s, but saying that today makes you sound like a crazy Luddite.

In Kenya, where there is already an inbuilt infrastructure for mobile payments in the form of M-Pesa, Bitcoin has been able to piggy back of their success and find some of its own. But that infrastructure doesn’t exist in most third world countries, and Bitcoin companies have proven either unable or unwilling to make the kind of investments it would take to build it.

Perhaps there is another way, the US Dollar is popular the world over and is often exchanged in open area “gray markets” often for cheaper than the local money exchange. If Bitcoin companies are unwilling to take on the overhead of brick and motor stores in these areas, these unofficial money exchangers may be able to fill the gap, but how do we get the real life peer-to-peer markets to adopt bitcoin?

That is an answer I don’t know, but whoever does will solve not only bitcoin’s diversity issue, but its usability issue as well, all the while helping the disenfranchised in their plight.

I don’t think giving 50 free tickets to local and regional women and minorities (travel is not included in the scholarship) so that our conferences don’t resemble a CPAC meeting is the way to fix that. Maybe flying out three or four currency sellers from the third world and providing them with room and board during their stay would be a more effective route, but the larger point is this: Bitcoin’s white nerdy guy stereotype isn’t going to go away because a few dozen women and minorities show up to a conference with free tickets, it will only be solved by increasing bitcoin’s usability for everyone.

Do you think this article was worth a mBTC? If so, we would love to have it. 1 mBTC is less than 0.25 USD at today’s prices and donating allows us to create more content. Just 1mBTC, it is all we ask. Click here to donate or use the QR code in one of the banners above.