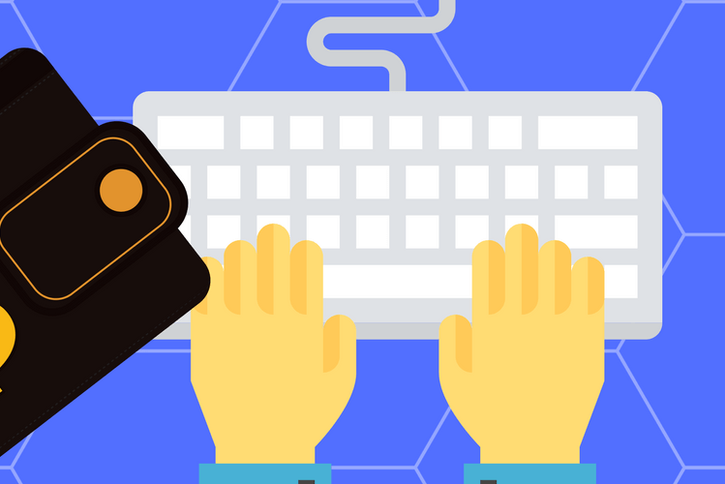 Coinbase Co-Founder: Lack of Incentives May Become a Major Issue For Bitcoin & Ethereum

Through the execution of forks and protocol changes, Bitcoin, Ethereum, Ethereum Classic and Litecoin have been highly successful in improving their underlying infrastructures in terms of privacy, security and scalability.

Most recently, the Bitcoin Core development team’s transaction malleability fix and scaling solution Segregated Witness (SegWit) was officially integrated into the bitcoin network to provide efficient scaling for transaction settlement. In the upcoming weeks, the Metropolis hard fork and the integration of Plasma into the Ethereum network are expected to drastically enhance privacy and scalability of Ethereum transactions, through the implementation of relatively new cryptographic systems such as zk-SNARKs.

Over the past year, Coinbase co-founder and former Goldman Sachs trader Fred Ehrsam continuously emphasized the necessity of core development for public blockchain projects. In an extensive article entitled “Scaling Ethereum to Billions of Users,” Ehrsam noted that Ethereum needs to scale by a factor of 100-fold in order to serve decentralized applications with 1 to 10 million users. To achieve such scalability, Ehrsam explained that on-chain, off-chain, and two-layer scaling solutions must be developed and deployed in the Ethereum network to ease the burden on users, decentralized application developers and businesses.

“Large apps can’t run solely on chain and likely never will. They need off-chain scaling solutions. While it’s tricky to make accurate estimates when combining scaling improvements, it’s conceivable we could see a 100x improvement by the end of 2018, which would allow a 1–10m user app. Scaling is multidimensional,” wrote Ehrsam.

In his latest article, Ehrsam expressed his concerns over the open source blockchain development market and the lack of incentives for core developers of blockchain projects. The most prevalent example being Bitcoin Core’s developers who are highly regarded as being one of the most experienced, reliable and talented development teams in the technology industry.

However, not many developers are willing to contribute to open source development of blockchain networks due to opportunity costs. In an interview with IT firm Itnig, Luis Cuende, the co-founder of Aragon, an Ethereum-based blockchain project which raised over $30 million in its initial coin offering (ICO), stated that he does not know any good Ethereum developers who are not millionaires due to the emergence of the ICO market which has fueled a market for competent Ethereum developers.

“I don’t know any good Ethereum developer that isn’t a millionaire, and it’s only a matter of time before it will become a gold rush among developers to learn the technology. After all, it’s the programming language of money,”

Ehrsam believes that the migration of blockchain developers to the ICO and commercial markets will become a serious issue in the upcoming months and years because, without proper economic incentives, core developers of blockchain projects will not be motivated to dedicate themselves to non-profitable development. Commenting specifically on Ethereum development, Ehrsam noted that in order for Ethereum developers to contribute to the main blockchain and become incentivized by doing so, developers need to finance themselves by holding Ether or joining the Ethereum Foundation. But, neither of those options can provide financial stability for developers whereas running ICOs for blockchain projects can lead to multi-million dollar profits.

“The lack of incentives to work on core protocols is reflected in the large number of people working on Ethereum tokens vs. the small number working on Ethereum itself. Launching a new token has made many millionaires in the last 8 months, whether on paper or liquid. Meanwhile, if you contribute to the core Ethereum code base at best you 1) own a bunch of ETH personally and the price of them goes up a bit or 2) need to join the Ethereum Foundation and get paid some amount that wouldn’t match the economics of a successful token launch,” said Ehrsam.

Speaking to CoinJournal, Samson Mow, CSO Of Blockstream argued that while there are developers who work on ICO’s due to the high financial rewards, many are still attracted to work on open source projects due to the scale and caliber of the projects as well as the individual developers’ values.

“Well, Fred is right that many developers would probably rather work on an ICO. After all, who doesn’t want to get rich quick? However, that is only a subset of developers and many still contribute their time and effort on serious projects. It’s really a question of which developers are driven by higher aspirations and ethics.”

Though it is clear that core protocol development is massively underfunded when compared to ICO development, there are already efforts being made to ensure that developers are paid. Companies including Tezos are incentivizing developers to work on their core protocol through a bounty program and Bitcoin Core have a sponsorship programme which allows large companies to fund research and development. Though uncommon, some companies such as Blockstream support Core by allocating members of staff to work on the software. Former CEO, Austin Hill explained the process in 2016, explaining how the time is used to improve Bitcoin, rather than for the benefit of Blockstream

“We believe that no company should have influence over core, however, core still needed to be funded, when we created Blockstream, the only other was the Bitcoin Foundation who were funding members of the team, but that went away when the community lost face in them and all of a sudden there were core developers with no income. We made a decision that we aren’t going to hire any more core developers, instead, we’ll have our team work on the open source project, but at no point will Blockstream the company dictate what we think is right for Bitcoin, so we developed this into our contracts including a clause where if we ever ask our developers to do anything which they feel goes against the principles of Bitcoin or if we try to push something that is to our advantage then they have the right to resign.”

According to Mow, this remains the case with Blockstream still committed to Core development and the company still allocating staff to work on the project.

“We still have that clause in contracts for the developers that are allocated to work on Bitcoin Core. Currently, we have developers working on Bitcoin Core, and others contribute in their own time as they choose. Blockstream uses the technology behind Bitcoin, so it’s only natural that we contribute back, just like any open source contributor would do.” 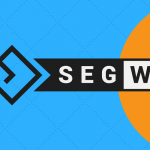 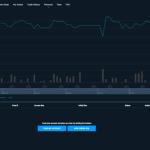