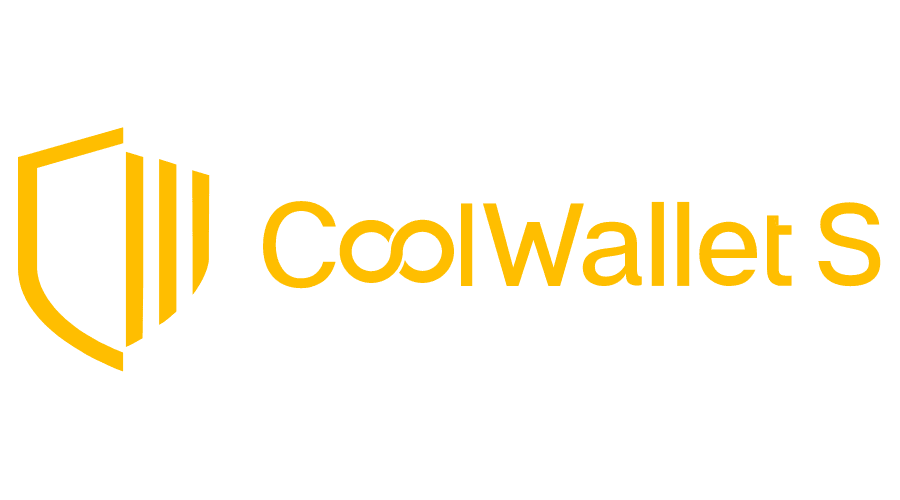 CoolBitX consists of a top technical team in the cryptocurrency space and is the brains behind CoolWallet S. This is an established cryptocurrency wallet solution that can be used to store some of the top crypto coins, such as BTC, ETH, LTC, XRP, and BCH. CoolBitX relies on cold storage, but what are the qualities and drawbacks of this wallet and this approach?

How to Set Up Your CoolBitX Wallet

1. Order/Buy CoolBitX Wallet: Since this is a hardware wallet, you have to buy it online or in-store. These kinds of ‘cold’ wallet solutions are designed to keep your cryptocurrency in a safe, offline environment. Once the device is delivered to you, then it's time to initialize its hardware solution.

3. Receive and Send Cryptocurrency: To send cryptocurrencies, select the cryptocurrency required from the menu located in the top right-hand corner of the screen. Next, open the CoolBitX Crypto App and click the Send button. Enter the address, select the from address, enter the trading amount, and finally, the ideal transaction fee.

The wallet can be used with the following coins:

Bitcoin – This pioneering cryptocurrency is the original and still the most significant. Bitcoin has been a consistent headline maker over the last few years, thanks to its astronomical increase in value. Bitcoin is ubiquitous among hardware and software wallets as a supported currency.

Ethereum – There is no doubt that Ethereum has established itself as the second most successful cryptocurrency. This altcoin has become highly recognized in the crypto market, with its innovative blockchain having caught on rapidly.

Ripple – The support of the CoolBitX wallet for Ripple will be particularly pleasing for those seeking cross-border payments, as Ripple is considered an ideal solution for this purpose. This currency and remittance network has achieved popularity with banks and financial sector companies, and many believe that the journey of Ripple is only just beginning.

Litecoin – This peer-to-peer cryptocurrency and open-source software project was highly successful in the earlier days of cryptos, but has fallen behind some more recent offerings over the last couple of years. Litecoin remains highly recognizable and was the first of the top five cryptocurrencies to adopt Segregated Witness in May 2017.

Bitcoin Cash – Finally, Bitcoin Cash is a spin-off of the ultra-successful Bitcoin – a hard fork of the market-leading crypto. While not as massive as its cousin, Bitcoin Cash has established a significant reputation during its shorter lifespan and is already ranked well within the top ten cryptos. Bitcoin Cash came about due to the need to accommodate an increasing count of transactions per second, with Bitcoin Cash addressing this by increasing the block size limit.

There are many different ways to store your cryptocurrency available, so it's essential to consider all options and compare the wallet to some of its competitors. The wallet scores lots of points when pitted against its competition.

Firstly, CoolWallet S is a particularly secure product. There are many different layers of security built into the wallet, such as encrypted Bluetooth and 2+1 factor authentication, meaning that any tokens stored with the wallet are incredibly safe.

Another area where CoolWallet S scores well is accessibility. This is perhaps expected, as this was a central goal of the developers from day one. Consequently, CoolWallet S is easy to use, offers a simple pairing mechanism, and is highly mobile-friendly.

One slight snag with CoolWallet S is that it doesn't offer the same level of cryptocurrency support as some other prominent players in this field. There are some wallets available that will store hundreds of cryptos, which doesn't apply to CoolWallet S. It does cover the main bases, but those wishing to store less well-known altcoins will have to look elsewhere.

But the CoolBitX solution makes up for this with its build quality and affordable price, and overall represents an outstanding product for most cryptocurrency investors and enthusiasts. But, for those who feel it's not for them, there are plenty of other options they can go with.

CoolBitX was first launched in 2014, aiming to create an exciting new platform for cryptocurrencies. Ironically, the company was initiated just one week before the infamous Mt. Gox hack – demonstrating that cold storage was the future of the industry.

During 2015, the company launched an Indiegogo crowdfunding campaign, which attracted over 180 investors. This laid the foundation for the creation of the CoolWallet. Initially, the wallet had intended to support only Bitcoin, but the success of this crowdfunding campaign, and requests from its supportive community, led to several other tokens being included.

CoolBitX went on to raise another $500,000 via a seed round in 2016, meaning that the CoolWallet project was further updated.

In August 2017, the next generation of CoolWallet emerged, when plans for the CoolWallet S were revealed. Support and feedback from the community were instrumental in developing this new and improved solution, with the company aiming to produce the world's best mobile app wallet.

2018 was a big year, with the CoolWallet S shipping early in the year, and the project going viral by the middle of the year. In May, SBI Holdings of Japan injected a strategic investment of $13 million. And early feedback and sales of the product were extremely positive.

The growing prominence of CoolWallet was recognized in 2019 when CoolWallet S won the AITE Group Digital Wallet Innovation Award for Product Design at the 2019 Mobile Payments Conference in Chicago.

In February of this year, the company raised $16.75 million in a Series B funding round led by SBI Holdings. Today, CoolWallet S is firmly established as an essential wallet in the cryptocurrency space, with 150,000 devices having been sold worldwide.

The first thing to note about the CoolWallet S is that its battery can last for as long as three weeks. The developers recommend that you charge the battery at least once per month to retain its life, but this is certainly a strong start for CoolWallet S in the functionality department.

The physical design and build of the CoolWallet S are particularly appealing, as it is wafer-thin and particularly portable. The device is also waterproof and durable and is a device that can be carried about without difficulty.

Finally, the display included with the wallet is impressive, delivering crystal clear images. The screen has received a lot of praise and critical acclaim and is the cherry on the cake of this hardware wallet.

Apart from both the app and card having very friendly user interfaces, there is also a lot of useful information visible to users. Device information, such as battery level, pairing status, and transaction information is all readily available. Meanwhile, the button used to navigate the wallet also works effectively.

The wallet partners with attendant devices easily and painlessly, and overall the UI associated with CoolWallet S is handy.

The level of security associated with the CoolWallet S is exceptional. The developers have covered every base in terms of security, deploying every possible technique available.

It's also significant that it has decided to veer away from USB with the CoolWallet S, as this can sometimes compromise security. USB can be vulnerable to phishing and supply-chain attacks, so it is reassuring that it has gone down a different route.

When you consider the secure element, encrypting, seed and passphrase protection, 2 + 1-factor authentication, and the cold compression process included with the wallet, it is clear that this an extremely secure hardware wallet.

How to Store Your Crypto Coins in CoolBitX

Because of the safety provisions built into the wallet, it is entirely safe to store your cryptocurrency in CoolWallet S for an extended period. Considering the CC EAL5+ Secure Element microchip inside the CoolWallet S, this is the perfect way to keep your cryptos secure indefinitely.

However, it's always important to remember that there are unscrupulous hackers out there who would love to steal your funds, and any wallet system is only as secure as its users. So you must exercise due diligence if you intend to store cryptos in a wallet for an extended time.

How to Transfer Your Crypto Funds From/To CoolBitX

Is CoolBitX for Me?

The wallet is an outstanding product, and one offering excellent security provisions in particular. But there are lots of other cryptocurrency wallets available, so is it the right solution for you?

For beginners, the CoolWallet S is perfect. It offers the top of the range security that anyone new to cryptocurrencies will require, which is a massive boost immediately. It also delivers a very user-friendly package, making it easy for people with minimal experience to get up and running.

The build quality of the device is excellent, there are a wide variety of markets open to those using CoolWallet S, and all of the major cryptocurrencies are supported. The affordable price will also appeal to beginners, and most people new to this niche should look no further.

There are many positives for advanced users also, but some might be slightly concerned about the relatively small number of coin options. Indeed, this is something that counts against CoolWallet S, but it is an ideal solution for anyone wishing to trade Bitcoin, Ethereum, Litecoin, Ripple, and Bitcoin Cash.

Fees and Costs of CoolBitX

There are no fixed fees associated, as the developers allow users to set their own fees in a customized fashion. This then impacts on the transaction time that users experience. The bigger the fee paid, the quicker the transaction is completed.

The CoolWallet S from CoolBitX is undoubtedly one of the most technically impressive and secure wallet solutions available. The developers have thought out everything associated with this wallet diligently. The result is a wallet that works perfectly, delivers total security, and is user-friendly while being competitively priced.

There is only one possible criticism of CoolWallet S. There are other wallets out there that support far more cryptocurrencies. This could impact advanced users in particular, but it remains to be seen whether CoolBitX will extend the number of coins available in the coming years.

That minor niggle aside, this is the ideal hardware wallet for cryptocurrency, and those wanting to trade and store the major altcoins should check it out.